The first major application was AceSpy, launched commercially in April 2003. Since then, a series of innovative and well-received spy software applications has been introduced, including Mobile Spy and PhoneSheriff.

Retina-X Studios quickly gained a reputation in the industry for reliable and thoroughly tested software in this market niche. Positive comments in magazines such as Reader’s Digest, Computer Shopper, PC Pro, Computer Buyer, T3 and others, coupled with media exposure from outlets like CNN, CBS and BBC, helped in the marketing effort of these applications.

Starting in January 2008, the success of Retina-X Studios’ software led to the creation of a boxed retail product, now carried by numerous chains in thousands of stores nationally. This provides access to this application genre to a new audience.

Positive reviews, media coverage, and continued success has helped RXS grow at a phenomenal rate, with sales growth of over 1600% in a two year span. Purchased by more than 30,000 customers in over 150 countries, Retina-X Studios software is widely acknowledged as leading the field in this market niche.

RXS is dedicated to providing the most complete, professional PC software applications possible. Our spy software is widely used, with excellent reviews and user comments. All RXS software is extensively tested in a variety of environments to ensure complete customer satisfaction. 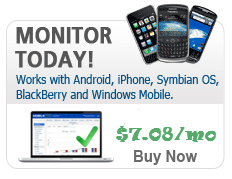